Marker Beacon is a melodic heavy/thrash metal band created in 2000. Between 2004 and 2006, the group plays in several concert halls in Paris (La Maroquinerie, The New Morning, The Gibus, …) and releases a demo.

After a quite long period, the band meets again in 2011 to record a new album. Marker Beacon becomes a non-profit association in 2012. After two years of recording, in 2013, the album is available in audio-CD format and is freely downloadable from the website. 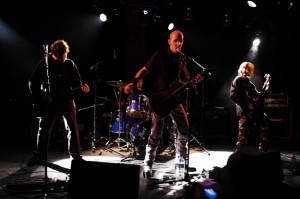 Marker Beacon is composed of: